WE'RE HERE TO HELP. A MESSAGE ABOUT COVID-19 FROM OUR FOUNDER & CEO.

The Dos and Don’ts of Networking 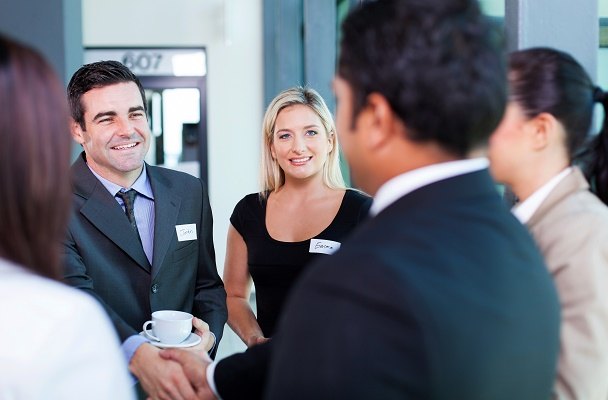 The word networking makes many people cringe, while others light up at the possibility of making a new connection. The difference between these two groups of people? The ones who cringe don’t fully understand what networking really is and how to go about it the right way. Simply put, it’s about perspective – what you think networking is and knowing what it isn’t. Here are some simple dos and don’ts to help the most reluctant networkers become ready and willing participants.

Do redefine what networking is for you.

Many people think networking is a calculated attempt to gain something from someone they barely know. With thinking like that, it’s no wonder the word networking makes peoples stomachs turn. Networking is not about immediate gains. It’s about establishing a real connection of long term mutual value with the other person.

Don’t treat networking like a game of pin the tail on the donkey.

The worst thing you can do is to go to a networking event with no expectations and leaving who you’ll meet and interact with up to chance. Research the list of attendees and speakers. Set a goal to connect with 3 key people and have a reason to want to connect with them. Perhaps someone wrote an article that inspired you, or someone’s career transitions are similar to the ones you’re hoping to make. Have a question you’d like to ask them and ask if you could follow up with them after the event.

Do offer your own ability to help.

Even if you’re not asked to make a connection or an introduction, if you see an opportunity to help someone by connecting them to someone that could help them expand their business in some way or simply because you think the two parties would hit it off…do it. Generosity is met with generosity.

Don’t think about what someone can do for you right off the bat.

Often times, the best thing someone has to give is advice and information. Look to make connections with people who share the same passions and can serve as a touch point for you, someone to bounce ideas off of and share thoughts with as you develop professionally. Eventually if the connection is the right one, they will open up their network to you.

Your time is limited, as is the time of others. You want to be selective about your networking choices. Make sure that they are not drains on your own time and resources without being somehow rewarding at the same time. That reward may simply be the development of a new friendship. The reward isn’t always something professionally related. However, the relationship must be personally enriching in some way, big or small.

Don’t limit networking to when you need something.

Networking takes time. You must build mutual respect before your connection is willing to open up his/her network to you. Make a commitment to networking all the time. While that sounds like a full time job, what I really mean is, be open. If you see a profile for someone you’d really like to connect with on Linkedin, reach out. Ask to set up a time to talk over coffee or by phone once you’ve explained why their profile was of interest and the types of questions you may want to ask. When you become open to people you’ll see your network expanding. It’s the difference of having a nice conversation with someone at a party and choosing to leave it at that or going one step further to ask for their contact information.

Don’t be discouraged by rejection.

Just like dating, not every person you try to network with is going to be a good match for you. If someone denies your request to meet for coffee or to take your initial meeting to a deeper level, move on. Don’t take it personally. Unlike love, there is not one single person you are meant to network with. This is one of the times where the more partners you have, the better!